With the Southwestern Ontario Transportation Task Force about to wrap up its work, Transport Action (TAO) has made a final submission. This is an update to our earlier briefing note (February, 2021) outlining the opportunities and needs to improve passenger rail in the region. Our new submission covered three areas:

Federal Announcement in July, committing the government to enhance and modernize intercity passenger rail in the region, working collaboratively with the Province.

Introduction of GO Transit service to London, by extending its Kitchener service. In our view, this development dramatically changes the playing field. It is increasingly difficult to justify two agencies attempting to share that corridor with similar stopping patterns. TAO recommends a transition to a clear separation of roles, with GO Transit assuming full responsibility for the London-Kitchener-Toronto route, while VIA Rail retains full and exclusive responsibility for delivering and enhancing service west of London and on the Brantford route.

Updated Recommendations on Rail Infrastructure Improvements. During the summer, TAO consulted with VIA Rail, CN, OWS Rail and other industry sources to upgrade our list of needed rail investments. We recommended short-term items, medium-term items for capacity and speed improvements, cross-border items and longer-term items.

Our full submission can be viewed below.

Following years of benign neglect by senior governments, southwestern Ontario is finally in the passenger rail spotlight!  In mid-July, Federal Minister of Transport Alghabra toured the region announcing that the federal government is committed to working towards enhancing and modernizing intercity passenger rail in the region.

Transport Canada will work with key partners including VIA Rail and the Canada Infrastructure Bank though the High Frequency Rail Joint Project Office to ensure that any enhancements can be effectively integrated with the core route for High Frequency Rail.  It will be reaching out to the Province of Ontario to identify areas of collaboration and avoid any duplication with provincial travel plans, including new services to be offered by GO Transit.

The event in London was attended by Jim Houston from Rail Advocacy in Lambton, Ken Westcar from Transport Action Ontario and Terence Johnson, president of Transport Action Canada, all regional residents who have been campaigning to see and end to cuts and for service levels to be enhanced for many, many years.

Transport Action has submitted a list of rail infrastructure investments for the region to Transport Canada, VIA Rail, and the SWO Task Force. We believe that the most critical bottlenecks can and should be addressed swiftly, to alleviate passenger train delays and freight network congestion, rather than waiting for another long-term study process.

At the provincial level, GO Transit conducted a series of test train operations in early August west of Kitchener to Stratford and London. Rumours abound that this may be a harbinger of near-term implementation of GO train service to London along the North Main Line.

The announcement by Transport Canada can be read here: https://www.canada.ca/en/transport-canada/news/2021/07/government-of-canada-to-explore-opportunities-to-enhance-passenger-rail-services-in-southwestern-ontario.html

Following the deregulation of Ontario’s highway motorcoach services in June 2021, three motorcoach operators have launched services between Windsor, London and Toronto, with stops at other cities across southwestern Ontario.

Note: The schedules and routes described below are subject to change, please check with the motorcoach operators for current routes, schedules are fares.

Rider Express, launched their service between Toronto, London and Windsor on July 12, adding a stop at Toronto Pearson International Airport on July 27.

The route starts in Windsor just outside the bus terminal on Chatham Street, stops in Chatham outside the bus depot, in London next to the Petro Canada at the intersection of Exeter and Wellington roads, in Kitchener outside the Tim Hortons at 4285 King St E., at Toronto Pearson International Airport’s Viscount Station, and arrives at Union Station Bus Terminal in Toronto where onward connections can be made to Rider Express services to Ottawa or to trains and other bus lines.

Although the choice of the Windsor Transit and Chatham-Kent Transit terminals offers the potential for good transit connections in the morning, regular transit services in both cities end early in the evening. Chatham offers an on-demand service until midnight.

On August 16, 2021 Rider Express will be adding a London commuter bus service, running Monday to Friday from downtown London to Toronto, via Mississauga (Dixie Outlet Mall). Although a stop in Hamilton was mentioned in the first announcement, the service will launch without that location.

Megabus, which operated several other routes in Ontario prior to deregulation and also recently added a Toronto-Ottawa service, has partnered with Badder Bus, a regional operator that has provided southwestern Ontario with charter and school bus services since 1950, to launch a service between London and Toronto on July 15, 2021, with the intention to extend the route to Windsor at a future date.

Initially, the buses will depart from the London Flying J truck stop on Highbury Avenue south of Highway 401, a location with is not served by London Transit, although Badder Bus have indicated this may be a temporary measure until a better location can be arranged. The buses run non-stop to and from Toronto Union Station Bus Terminal, initially twice daily with fares starting from $25. Megabus offers the option to reserve a seat toward the front of the bus for an extra $5. Connecting journeys to Ottawa, Montreal or other destinations served by Megabus currently require the purchase of separate tickets.

Onex Bus started its services between London and Toronto on July 28, 2021, with six weekend trips eastbound and five westbound. Two of the eastbound trips run direct from downtown London, outside the old Greyhound station, to downtown Toronto, stopping outside the former Toronto Coach Terminal on Bay Street; and two make a single intermediate stop in Woodstock, at the parking lot just off Highway 401 near the Tesla Supercharger. The other two services run via the Woodstock Transit Terminal, Kitchener Sportsworld, and Mississauga Square One.

Westbound, three trips run via Mississauga, Kitchener and the Woodstock Transit Terminal; and two are express, calling only at the Woodstock Supercharger location. The first three eastbound trips and the day and all westbound trips make additional stops in London at Victoria Hospital, White Oaks Mall, and south of highway 401.

The services which stop at the Woodstock Transit Terminal could be used to connect with T:GO intercommunity transit services to Tillsonburg and Middlesex County Connect services to Ingersoll and Thorndale; the Kitchener stop provides connections with Grand River Transit including the iXpress bus to Cambridge and the Fairway LRT station; and there are connections with London Transit at White Oaks and downtown. The intercommunity bus service to Sarnia stops a short distance away from the downtown London terminal, and Onex Bus have also indicated via social media that Windsor and Sarnia should “stay tuned” for future service extensions.

Fares from London are $30, including two items of luggage.

Both Onex Bus and Rider Express have announced intentions to operate services between Niagara Falls and Toronto, with Rider Express initially setting a start date of August 16, 2021. However, both operators had yet to commence service at the end of September. Megabus already serves this route, with stops in St. Catharines and Grimsby, three times daily.

These schedules are all subject to change as each operator adjusts to find their niche in the market, and may need to be retimed if traffic congestion on the region’s highways returns to pre-pandemic levels of misery. Notable omissions include none of the new carriers offering an early morning service west from Kitchener, nor any late evening departures from Toronto to serve the sports and theatre markets, which are both also glaring gaps in the VIA Rail schedule.

Transport Action believes that it is important for motorcoach operators to enter into interline ticketing and package service agreements, increasing the range of destinations passengers can reliably reach; to select stops that provide safe places for passengers to wait for their bus; and to provide wheelchair accessible vehicles on all routes.

While it is encouraging to see former Greyhound routes being restored by new operators, we would prefer to see new motorcoach routes that complement passenger rail, bringing passengers to and from hubs and offering integrated ticketing, rather than directly competing for the same traffic. For example, connecting St. Thomas or Goderich to London, services which were lost in 2013 following the collapse of AboutTown Transportation and demise of its NorthLink routes, would be very useful contributions to rebuilding an effective travel network for the region.

Updated: Oct 4, 2021 to reflect RiderExpress relocating their Toronto stop from Front Street to Union Station Bus terminal, and Niagara Falls services by OnexBus and RiderExpress not yet having started.

Onex Bus (Ontario Express Bus) is a Mississauga-based consortium of family-owned limousine and charter bus companies, and they have also announced their intention to add services between Toronto and Peterborough and between Toronto and Sudbury in the near future.

Megabus is a brand operated by Coach Canada, a subsidiary of Coach USA. Coach USA was formerly owned by Stagecoach Group PLC and was sold to US private equity firm Variant Equity Advisors in 2019.

Rider Express, is a Canadian privately-owned company based in Saskatoon, which was launched in 2017 initially to serve routes in Saskatchewan lost after the abrupt abolition of the Saskatchewan Transportation Company, has since grown to provide motorcoach services across western Canada, extending services to Vancouver and Winnipeg. Rider Express and Ontario Northland are working to establish an interline agreement to allow passengers to travel between Rider Express services in Western Canada and its new southern Ontario destinations.

In January, 2020, Ontario released its Draft Transportation Plan for Southwestern Ontario, entitled Connecting the Southwest. It recommended several encouraging new actions supportive of improved passenger rail and regional bus services. However, progress on these actions has been largely stalled.

In March, 2021, the province established a Transportation Task Force consisting of mayors, chiefs and other stakeholders, chaired by Mayor Ed Holder of London. The Task Force is charged with providing recommendations to the government by March, 2022, presumably building and improving on the 2020 draft plans.

The Task Force convened a rail workshop on June 29. Transport Action Ontario circulated a presentation prior to the event and actively participated in the workshop with 3 delegates. The workshop went well, with good dialogue on the major issues/steps needed to boost freight and passenger rail in the region. We expect further opportunities for input as the Task Force moves towards a final report.

Our circulated presentation can be viewed below. 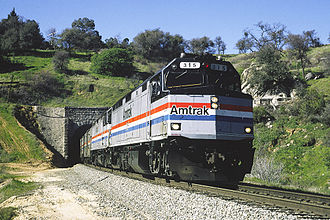 There is increasing recognition on both sides of our border about the need for low or zero-carbon public transportation. This opens up opportunities for the growth of same-train passenger rail services between Canada and USA.  Canadian Minister of Transportation  Alghabra and US Transportation Secretary Buttigieg talk frequently, and Amtrak has recently proposed a new Chicago-Detroit – Toronto service. Non government organizations on both sides of the border are developing ideas to bring forward.

Transport Action Ontario has issued a briefing paper on our ideas on advancing US-Canada passenger rail connections. The paper covers:

The paper can be viewed below: